After the Republicans failed to retake the Senate despite a favorable political climate, Florida Senator Rick Scott announced his intention to run against Senate Minority Leader Mitch McConnell. Despite being McConnell’s first serious challenger in his 15 years as the longest-serving Republican leader, Scott’s chances of success are low.

On Wednesday, Republicans in the Senate are planning to pick new leaders. Scott, a former governor serving his first term in the Senate, declared, “I’m running for leader.” To paraphrase, “I’m not happy with the way things are, so I think we should have a choice.”

Scott, the chair of the National Republican Senatorial Committee, and McConnell have been at odds for quite some time over the party’s message, direction, and allocation of resources for this race. A number of issues have caused friction between the two, including the caliber of its candidates, whether to participate in Republican primaries, whether to forward an agenda or focus on President Joe Biden and where to compete.

When McConnell was asked about Scott’s criticisms of his inability to outline a policy vision, he deflected, saying that the party is “engulfed in chaos, negativity, and disproportionate attacks,” and that this “frightened independent and moderate Republican voters.”

McConnell once more brought up “candidate quality” as a problem in high-stakes elections. McConnell-aligned super PAC head Steven Law urged last week that the GOP re-evaluate the NRSC’s “hands-off approach to primaries” in order to support candidates who will perform better in the general election. 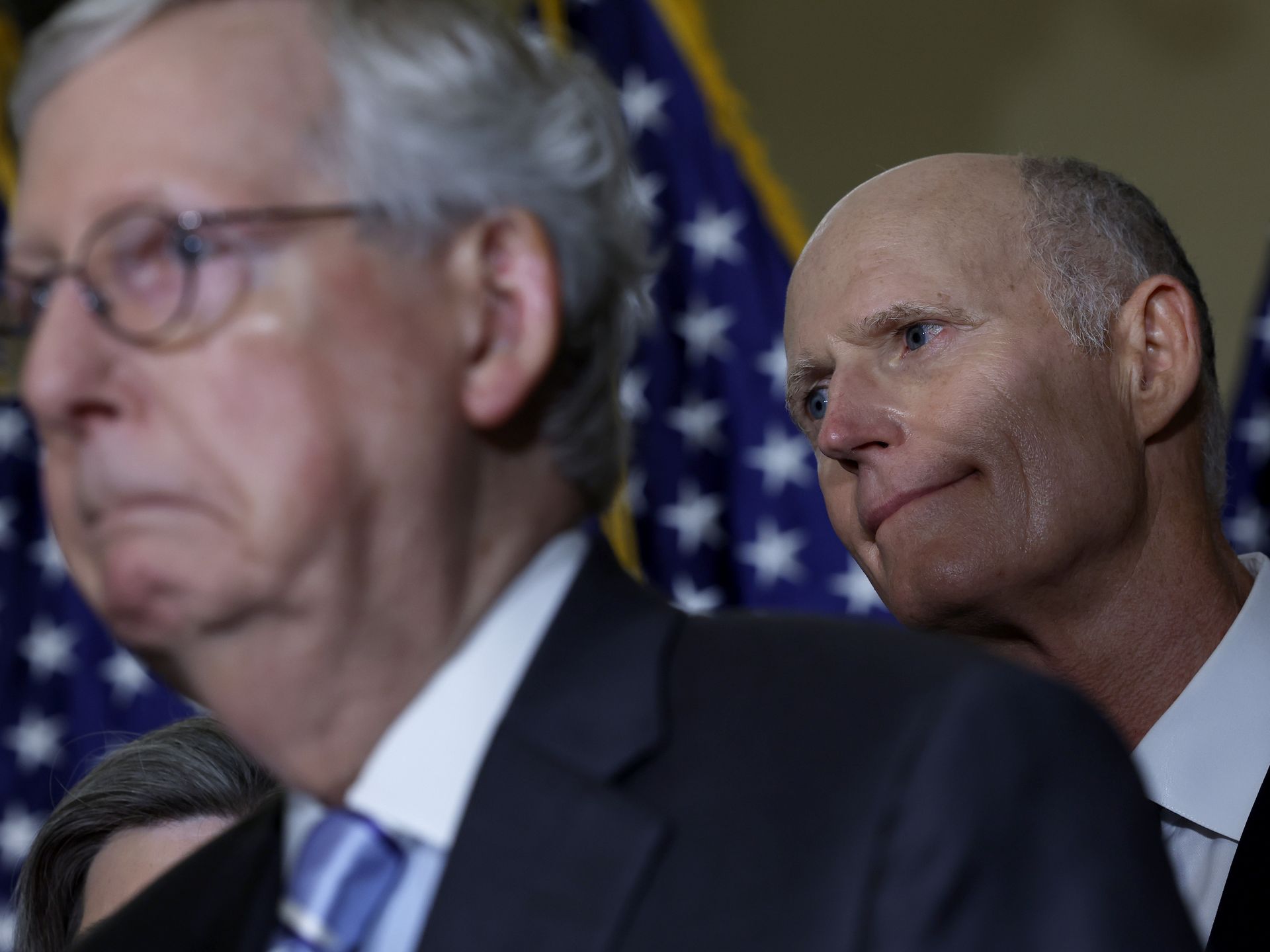 When asked for a response, an NRSC spokeswoman said, “Anyone who hates our candidates hates the Republican voters who chose them.” However, after suffering defeat in the primaries in both 2010 and 2012, McConnell has taken a different tack. We learned some lessons about this, and I believe the lesson is quite apparent,” McConnell said on Tuesday.

Senate members come from a variety of racial and ethnic backgrounds. You may recall that back in August, I stressed the significance of selecting high-quality candidates. We passed that criterion in several of our states but not all. McConnell also pointed out to the press that, prior to the election, he had referred to the Senate majority as a “jump ball” on multiple occasions. 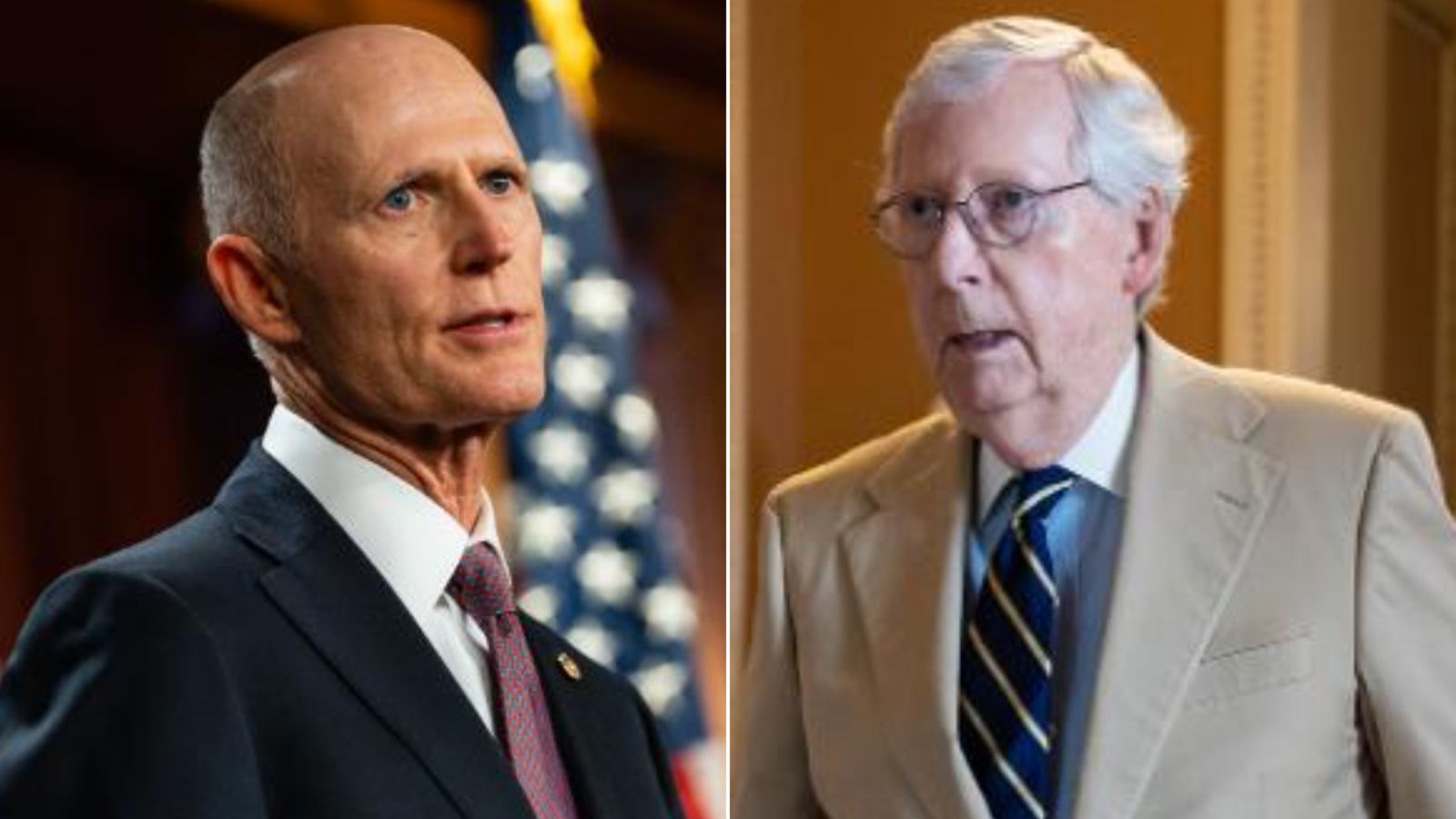 I never saw a red tide coming. In the states where he believed they would prevail, “we never saw that in any of our polling,” he added. The wave did not come. A public feud has broken out between the backers of the two Republican leaders ever since the party’s unsuccessful attempt to retake control of the Senate.

Also, numerous senators have reported that McConnell and Scott had a heated exchange during a secret, three-hour GOP Senate meeting on Tuesday afternoon. Missouri Senator Josh Hawley told reporters, “Senator Scott disagrees with the approach that Mitch has taken in this election and for the last couple of years, and he made that clear,”

while Kentucky Senator Mitch McConnell criticized Scott’s leadership of the National Republican Senatorial Committee. The friendship between Rick Scott and McConnell has been damaged even further by Scott’s choice. Scott’s spokesman, McKinley Lewis, said that after the meeting on Tuesday, Scott was told he couldn’t participate in the party’s weekly leadership press conference.

In a letter to his coworkers, Scott expressed his intention to challenge McConnell. After only one week in the Senate, he had already heard “complaints about how the Senate runs,” he wrote. The Florida Republican went on to detail a laundry list of grievances, including issues with how the Senate deals with Democrats and how spending bills are crafted. 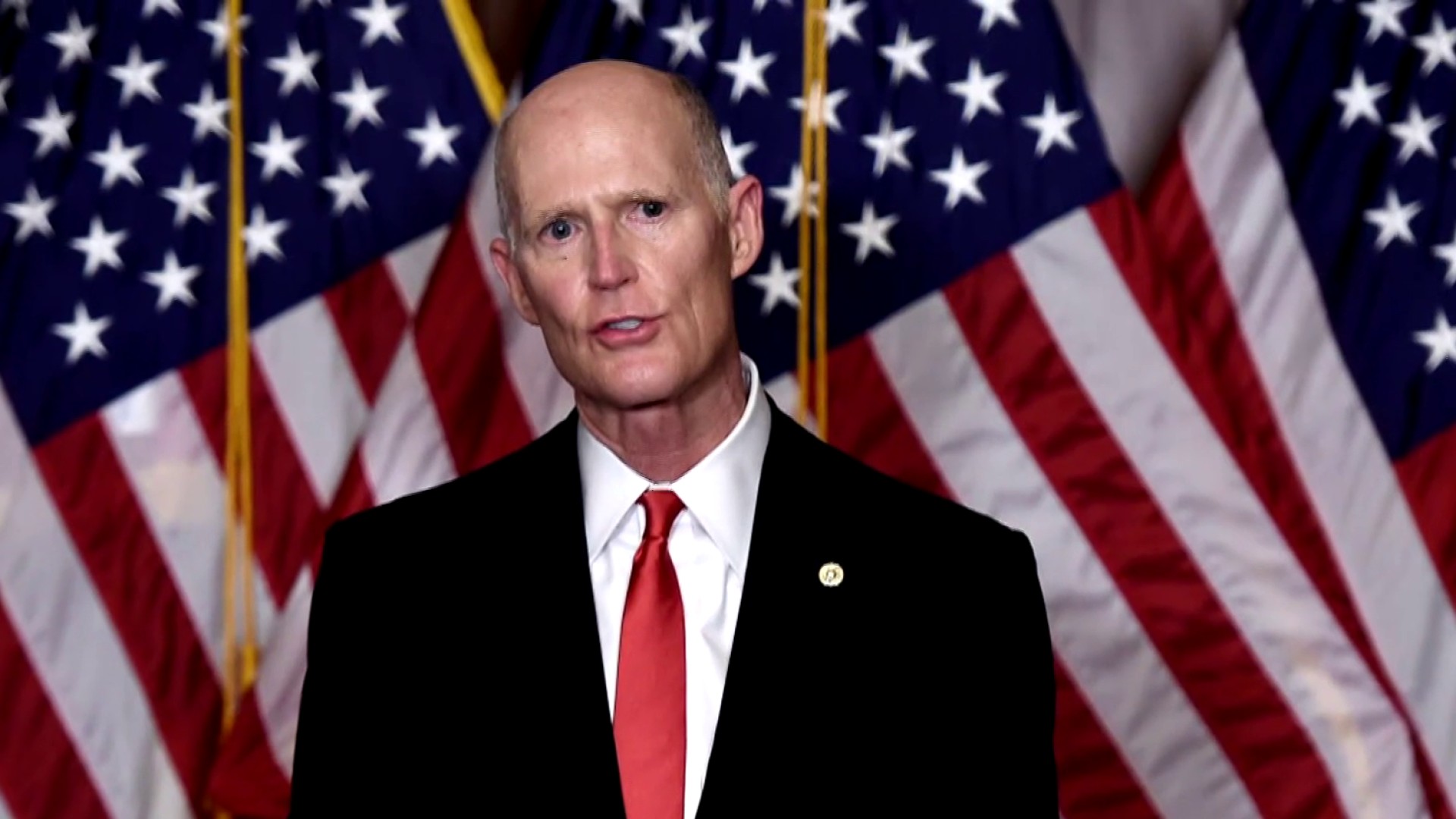 Scott said that some legislators feel “pressured” to vote for legislation that goes against their values and the platform on which they ran. This legislation may also be detrimental to the state as a whole. Some people assume that the Republican Party’s donors exclusively give money to those who already support the current administration.

Some people think we aren’t making the most of the chances we’re given to spread the Republican message. Some people, though, are content with the current state of affairs. On Tuesday, McConnell asserted that he would be reelected as a leader by his conference, though he would not rule out postponing the leadership votes that were scheduled for Wednesday. For me, the conclusion is obvious. 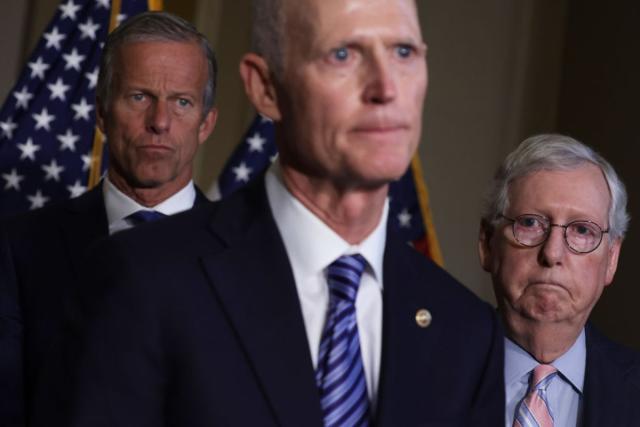 Repeating himself, he replied, “I have the votes, I will be elected.” The only question is when to implement it, and I anticipate that we will have more to say about that tomorrow. During a recent phone chat, Trump suggested to his Senate allies that they should hold McConnell responsible for the party’s disappointing showing in the midterm elections.

However, some Republicans have placed the blame on Trump, the politicians who have endorsed his 2020 campaign, and the party’s lackluster reaction to the Supreme Court’s decision to overturn Roe v. Wade. On Tuesday, Trump is likely to declare his candidacy for president once again.

In an effort to figure out what went wrong, Senators Hawley, Scott, Marco Rubio of Florida, Ted Cruz of Texas, Lindsey Graham of South Carolina, Cynthia Lummis of Wyoming, Ron Johnson of Wisconsin, and Mike Lee of Utah have all called for postponing the leadership vote scheduled for Wednesday.

Cruz argued that the vote should be postponed so that “a thorough discussion in our conference about what leadership takes” could take place. And more specifically, how we plan to take a stand against the destructive policies of the Biden administration that have been damaging to the American people for the past two years.

Given that 70% of Americans think we’re on the wrong road, the election results last week were terribly disappointing, Cruz stated. The Republican triumph was far smaller than expected. A number of Republican senators, though, came to McConnell’s defense. According to two people with knowledge of the situation,

Maine Senator Susan Collins raised questions about the NRSC’s management and criticized the organization’s fundraising and spending decisions during a private GOP meeting. Scott, according to Texas Senator John Cornyn, was wrong. It’s grown well beyond me,” he admitted, “and I hate to see him do it this way.”

In this manner, we can find a solution to the problem. Sen. Raphael Warnock (D) and Sen. Herschel Walker (R) of Georgia will face off in a runoff election on December 6. Both proponents and opponents of the postponement among Senate Republicans have stated that the state’s vote should be prioritized.

If the Democrats are successful, their majority will grow to 51 seats. It appears that the runoff election has merely further exacerbated the rift between Scott and McConnell’s support bases. Scott’s political adviser, Curt Anderson, tweeted on Tuesday morning, “McConnell’s super PAC airing zero commercials attacking Warnock. 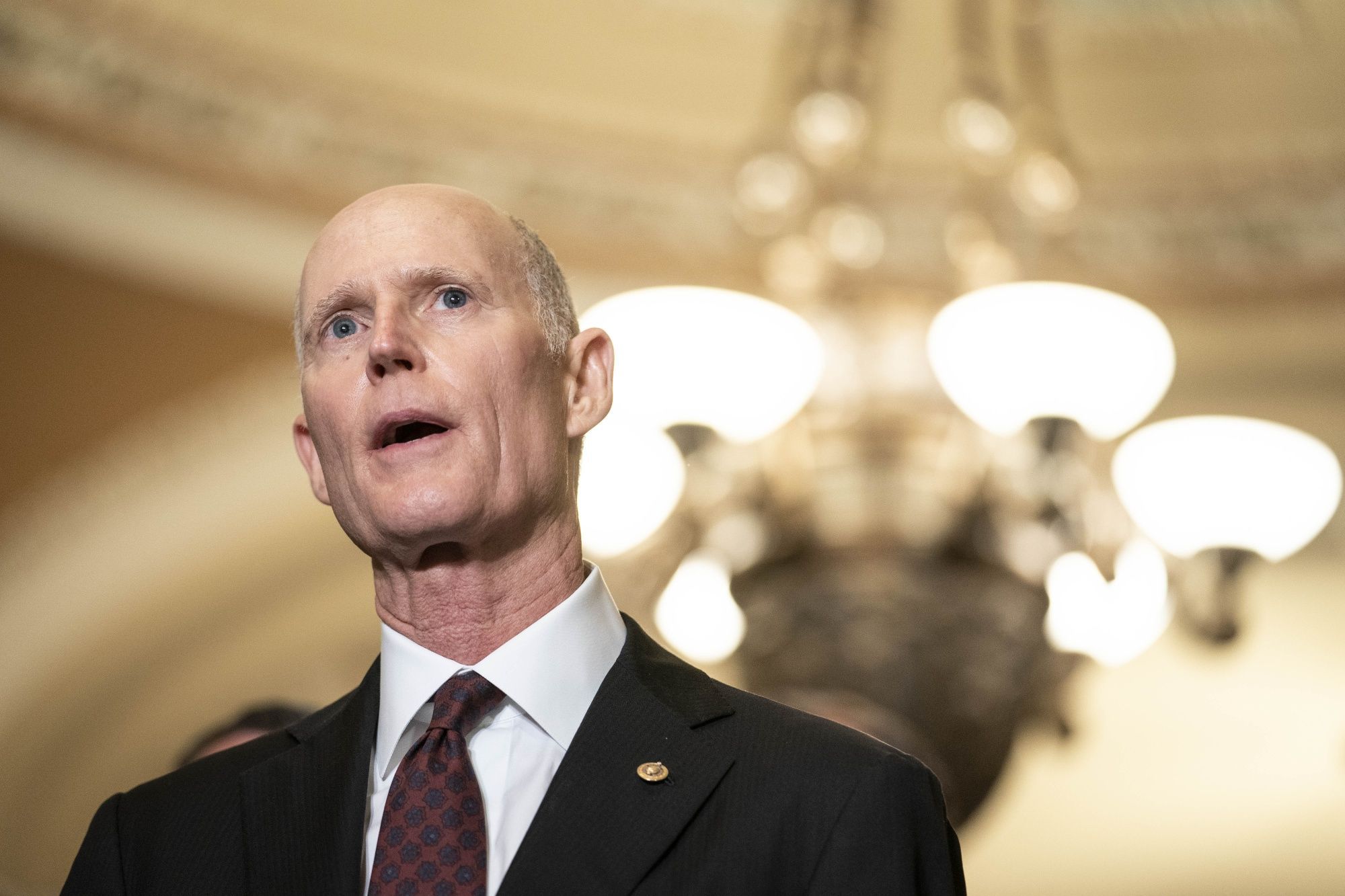 Is it too late? The Senate Leadership Fund later revealed they will be investing $14,250,000 in advertising during the contest. Law tweeted to Anderson, “don’t worry little buddy – we’re used to covering for you,” referring to the NRSC’s lesser ad buy. New details emerged on Tuesday, and those are reflected in this update.