Home news The 'TOM HOLLAND IS DEAD' Post Has Been Debunked, as the Actor...
news

The ‘TOM HOLLAND IS DEAD’ Post Has Been Debunked, as the Actor Is Alive and Well in 2022 The hashtag “RIP Tom Holland” was created in response to a report saying Tom Holland will die in 2022. The actor, on the other hand, is still alive and well.

Social media appears to have done it again, convincing many that a star had died. This isn’t the first time a death fake has swept the platform.

In the past, superstars such as Lil Tjay, Eminem, and others have been victims of this, and Tom is the most recent addition to the list.

The allegations regarding Tom’s death began to circulate online after a post on the Instagram page big changed. The message, which included a photograph of the actor, said “Tom Holland 1996-2022.” The snapshot had the potential to fool everyone who saw it for the first time.

To make it more convincing, an emotive caption was added in which the administrator talks about Tom being his favorite Spiderman and how the actor was always his idol. It was accompanied by the hashtag “#liveanotherdayspiderman.” 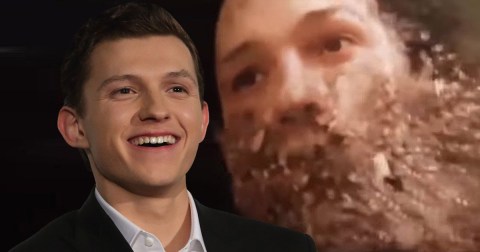 It didn’t take long for the message to capture the attention of others on the network, which has over 185k followers. Following this, others began sharing the same post, while some created their altered image. This spawned the hashtag “RIP Tom Holland.”

The Actor Is Alive and Well

Tom is still alive and well. Unfortunately, he is the victim of a social media death fake that has spread like wildfire.

In reality, the photo used in the bogus post was the same one that the actor had uploaded on Instagram a week earlier. Tom had mentioned The Brothers Trust’s T-Shirt in it. The NGO wants to bring attention to charities that would otherwise go unreported.

Read More:- Who Is Susie Evans: The Star of The Bachelor, and How Old Is She?

Tom has been selling merchandise to generate funds for various charities that have been devoting their time and efforts to a cause.

What to Do if You Find a Death Hoax

We would like to ask you not to participate in any news that may be promoting misleading information. At the same time, we recommend that you report it right away so that others do not fall into the same trap.