Home Net Worth Aaron Carter Net Worth: How Did He Lose His Money?
Net Worth

Aaron Carter Net Worth: How Did He Lose His Money?

Aaron Carter’s net worth is estimated to be $400 Thousand as of July 2022. American rapper, singer, songwriter, dancer, actor, and record producer Aaron Carter is from Florida.

Carter initially rose to stardom as a pop and hip-hop performer in the late 1990s, becoming well-known among young children and teenagers in the early years of the new millennium.

On December 7, 1987, in Tampa, Florida, Aaron Carter was given the name Aaron Charles Carter. Carter grew up with his twin sister Angel, elder brother Nick (of the Backstreet Boys), older sisters Leslie and BJ, and his parents Robert (who died in 2017) and Jane, who owned a retirement home. 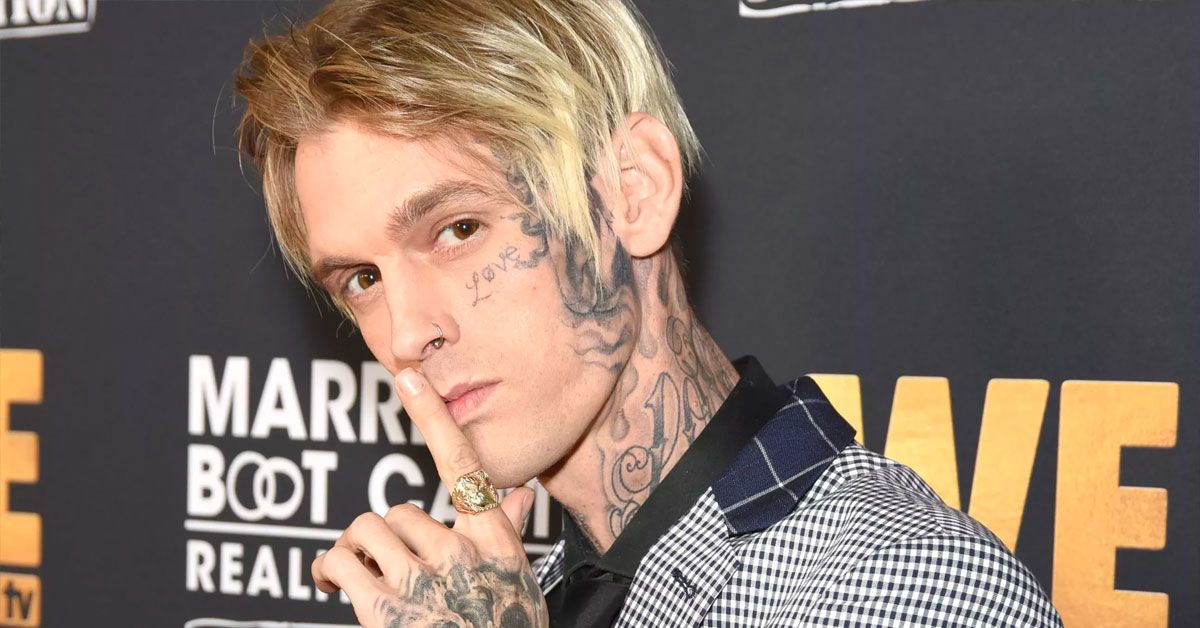 Leslie sadly passed away in 2012 from a heroin overdose; two weeks before to her passing, Aaron had offered to pay for her to attend treatment. At a very young age, Aaron started his music career, and his parents served as his managers. He received tutoring while traveling while attending the Ruskin School and Frank D. Miles Elementary School to study.

When Carter joined the band Dead End as their main singer at age 7, he started performing. Two years after leaving the group, he was signed to a record company after performing a rendition of “Crush on You” by The Jets as the Backstreet Boys’ opening act in March 1997. Later that year, Aaron released “Crush on You” as a single; it became a gold record in Australia.

On December 1, 1997, he released his self-titled first album, which peaked at number five in Norway and number six in Sweden. “Aaron’s Party (Come Get It),” Carter’s second album, was released on September 26, 2000, and reached its highest position on the “Billboard” 200 lists at #4. The songs “That’s How I Beat Shaq” and “I Want Candy” were from the album that was awarded 3x Platinum certification. Aaron opened up for numerous Backstreet Boys and Britney Spears shows around this time, and in March 2001, he and Samantha Mumba had a live concert that aired on the Disney Channel. He made his Broadway debut the next month in “Seussical,” as JoJo the Who, at the age of 13. 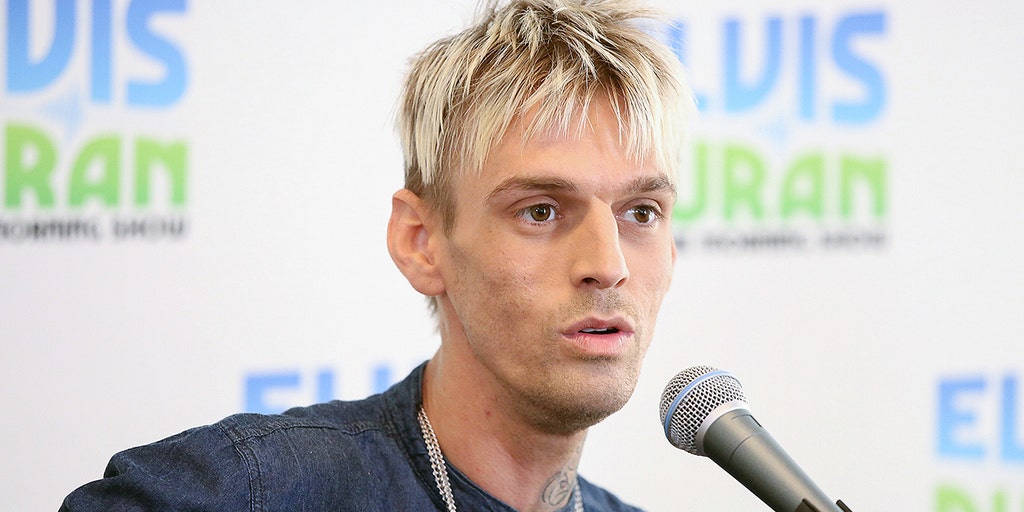 Carter launched a new album in August 2001 called “Oh Aaron,” which was certified Platinum, and Play-Along Toys produced an action figure of the singer. Aaron released his fourth album, “Another Earthquake,” in 2002, along with the DVD “Oh Aaron: Live in Concert” later that year. He also had an appearance on the “Jimmy Neutron: Boy Genius” soundtrack.

In that same year, Lou Pearlman, Carter’s former manager, was sued by the Backstreet Boys, *NSYNC, and Carter’s parents because Aaron was entitled to significant earnings. The second song from Aaron’s album “Love,” “Sooner or Later,” was certified Gold in Italy and peaked at #4 on the “Billboard” Spotify Viral 50. Aaron didn’t release another album again until 2018.

A Career in Film and Television

Aaron made his television debut on a 1998 episode of Nickelodeon’s “Figure It Out,” and in 2001, he appeared as a guest star on “Lizzie McGuire” and “Sabrina, the Teenage Witch” on the Disney Channel and ABC, respectively. The Carter family received their show in 2006 on the E! network called “House of Carters,” which ran for eight episodes. Additionally, Aaron has had appearances in several movies, including “I Want Someone to Eat Cheese With,” “Fat Albert,” “Ella Enchanted,” and “Popstar” (2004). (2006).

With a debt of $3.5 million, Carter filed for bankruptcy in the state of Florida in November 2013. Carter stated only $8,232.16 as his entire assets in the bankruptcy petition. Earnings made during the height of his fame accounted for the majority of the burden. According to reports, Aaron alone owes the IRS $1.368 million. He also stated that his average monthly income was $2,000 and that his average monthly outgoings were $2,005. Carter, who was residing with a relative at the time of the petition, listed a $500 television, two MacBook laptops, a Louis Vuitton backpack, and a $3,500 Breitling watch as his most expensive tangible possessions.

Aaron has a history of legal troubles. In 2008, he was pulled over for speeding and detained when police discovered a trace quantity of marijuana in his car. In 2017, he was accused of driving under the influence and possessing marijuana. After Aaron disclosed to Angel that he had schizophrenia and bipolar illness, as well as “thoughts of killing infants,” and that he had had “thoughts of killing babies” as well as Nick’s then-pregnant wife, Nick and Angel Carter secured restraining orders against Aaron in 2019.

Aaron and his fiancée, model Melanie Martin, revealed their pregnancy in April 2020, and they later got engaged. Dating started in January 2019, however, the pair briefly broke up in March 2020 when Martin was detained for abusing Carter. Aaron, a bisexual man, dated Hilary Duff and Lindsay Lohan (at the same time) in the early 2000s and was previously engaged to actress/model Kari Ann Peniche.

Carter has a history of using opioids and benzodiazepines to address his anxiety and sleep troubles, as well as having a hiatal hernia and a lactose allergy. He entered a Malibu recovery center in 2017 underweight and undernourished. In 2019, Aaron claimed that his late sister Leslie had molested him for three years, starting when he was 10 years old and that he had also been assaulted by his brother.

How Much Are Aaron Carter’s Cars Worth?

Aaron Carter has several expensive vehicles since he is wealthy. Let’s look at his collection of automobiles.

The Audi A7 sits between the Audi A8, which is the most opulent Audi you can get, and the Audi A6, which is a wonderful luxury sedan with a dynamic flair. The hatchback form of the Audi A7 makes it considerably more practical, and it looks and drives beautifully.

This SVA is the most costly Range Rover ever made and is a full-fledged Range Rover. Most well-known individuals, corporate leaders, and other rich people employ a range. Autobiography is all about having money and living in a luxurious environment. A 4999 cc supercharged eight-cylinder engine with 557 HP powers the SVA. Additionally, the Range Rover has a large wheelbase that increases passenger comfort and legroom in the back seats.

Aaron Carter: How Did He Lose His Money?

Carter believed that because that is what parents are supposed to do, they took care of his finances while he was young and earning a lot of money.

According to Coogan’s Law, his parents were required to deposit 15% of his earnings into a Coogan’s account. Carter, however, discovered as he grew older that he did not have as much as he ought to have.

“I received roughly $2 million when I reached 18 years old. I ought to have had $20 million or more in my bank account. Yikes!

The situation worsened when Carter realized he still owed a sizable sum of money in taxes – $4 million, to be exact. “My parents didn’t look after me as well as they ought to have. They made a lot of mistakes.

Aaron Carter decided to file for bankruptcy in 2013. According to CNN, Carter stated in his filing that he had less than $1,000 in the bank. He claimed a $3.5 million debt. Carter declared bankruptcy with only $8,232.16 in total assets. The money he made when at the height of his celebrity was mostly responsible for the debt.

Carter, who was residing with a relative at the time of the petition, cited a $500 TV, two MacBook laptops, a Louis Vuitton backpack, and a $3,500 Breitling watch as his most prized things.