Bruce Springsteen began his Tonight Show residency last night by covering the Commodores’ “Nightshift,” which can be found on his recently released album, Only the Strong Survive. Read on to find out more!

This is Bruce Springsteen‘s third of four scheduled appearances on The Tonight Show this week; on his first appearance, he talked to Jimmy Fallon about the meaning behind the lyrics to his hit song “Thunder Road” and Taylor Swift’s upcoming tour before performing Frank Wilson’s “Do I Love You (Indeed I Do).” 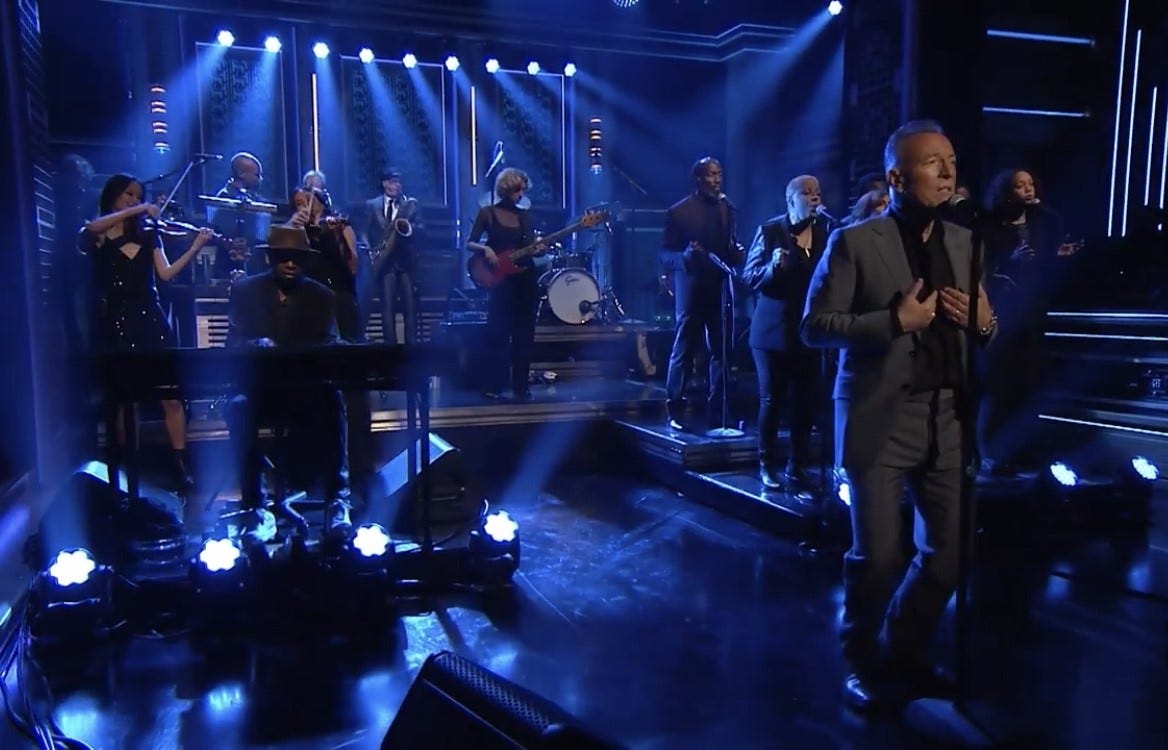 If you missed it the first time, I highly recommend reading “Bruce Springsteen‘s Broadway Show Is the Loneliest Thing He’s Ever Done” on the Pitch. Following that, Springsteen made his final appearance on the talk program yesterday night (November 16), performing a cover of “Nightshift” by the Commodores.

Last month’s single for ‘Only The Strong Survive’ featured that cover version for the first time. You can see Springsteen’s ‘Nightshift’ performance from Fallon below:

Despite the fact that The Boss’s three-night Fallon residency (his first appearance on the show as a musical guest) has come to an end, The Boss will be returning to the show for a Thanksgiving episode later this month.

Springsteen finally put an end to the lyrical controversy surrounding his 1975 hit “Thunder Road” during a Monday interview with Jimmy Fallon. After 50 years of performing the song live, The Boss has revealed that he has been changing the final word of the opening line from “waves” to “sways.” 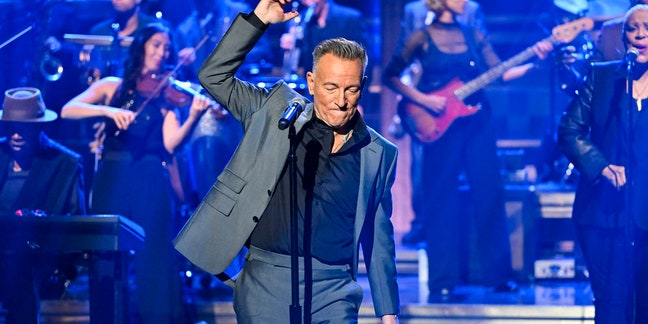 Covers of songs originally performed by Jerry Butler (the album’s title track), Frankie Valli (‘The Sun Ain’t Gonna Shine Anymore,’ and The Temptations (‘I Wish It Would Rain,’) and the Commodores round out the album’s tracklist.

NME gave the album four stars, saying, “The Boss shines a light on the greats of the past and leans into his full vocal prowess with this beautiful celebration of soul music.” A day after the album’s release, Springsteen said he had scrapped an “entire record” to make room for ‘Only The Strong Survive.

Speaking to Edith Bowman, Springsteen said, “I made a complete record that I tossed out, and it’ll pop up in different places, and there were some wonderful stuff on it but didn’t feel quite right.”