Jen Shah, a member of “Real Housewives of Salt Lake City,” Entered a Guilty Plea in a Wire Fraud Case Jennifer Shah, a cast member of “Real Housewives of Salt Lake City,” admitted guilt on Monday to scamming hundreds of people in a long-running telemarketing operation, including several elderly victims.

Shah, a divisive “Real Housewives” franchise participant, pled yesterday to one count of conspiring to commit wire fraud. Federal sentence guidelines call for jail terms of 135 to 168 months, or 11 to 14 years, according to a plea bargain. When he punishes her later this year, the judge may deviate from the recommendations because they are simply advisory.

Shah apologized before the judge, saying, “I knew this was wrong, I know many people were affected, and I am very sorry.”

Shah has entered into a plea deal that calls for him to lose $6.5 million and pay up to $9.5 million in restitution.

“Jennifer Shah played a significant role in a widespread operation that preyed on elderly and defenseless victims. False promises of financial stability were made to these victims, but Shah and her accomplices cheated them out of their funds, leaving them with little to show for it “Damian Williams, the US attorney, stated in a statement on Monday. This Office is dedicated to exposing fraudulent scams in all of their forms. 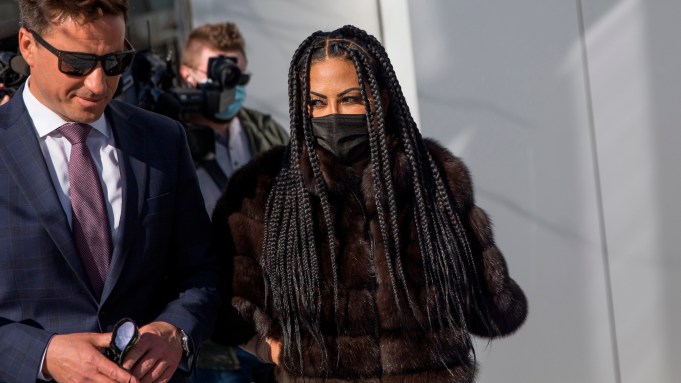 During the second season of Bravo’s reality TV program, which featured episodes of Shah and her castmates debating and disputing her guilt, Shah was arrested in 2021. Shah has always maintained her innocence at the time the episodes aired, even going so far as to say in a slogan for the show’s promotional materials that “the only thing I’m guilty of is being Shah-mazing.”

She entered a guilty plea just before she was to stand trial in Manhattan federal court.
According to the prosecution, Shah and others marketed the accused victims “enterprise services” starting in 2012, including website design services to some elderly people without computers.

Prosecutors claim that Shah and others also identified and sold the identities of people who they knew would be scammed by other participants in the alleged scheme as “leads.” According to the prosecution, Shah personally managed a sales floor and was in charge of the salespeople who told the scheme’s victims straight lies.

According to court documents and prosecutors, Shah tried to conceal her involvement in the scam by utilizing encrypted messaging applications, forming businesses in the names of family members and others, and setting up an offshore bank account and commercial activities in Kosovo.

Shah for several years understated her income by hundreds of thousands of dollars on tax forms. According to the prosecution, Shah used the scam money to support her opulent lifestyle as seen in the reality program.

On November 28, the case will be sentenced.